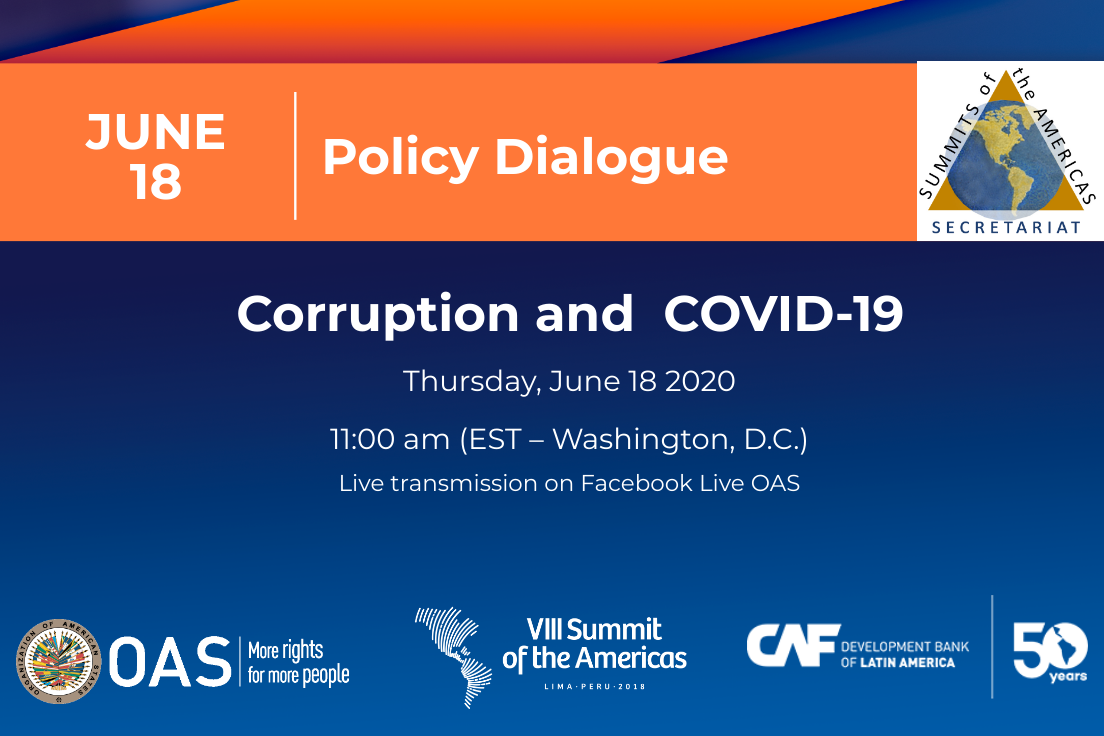 
Corruption is embedded in the countries of the region, poses a threat to democracy, and seriously undermines institutions. During states of emergency, national and subnational governments are endowed with special powers that increase the potential for corruption. Even though those powers are granted for a limited amount of time, the risks they entail are high and may even impair oversight by one branch of government over others. What are those risks? What provisions have been taken to mitigate them? What concrete steps can be taken to detect those risks in advance and prevent them from materializing? What part should the Legislative Branch play in political oversight during emergencies? Have oversight bodies performed appropriately?

Against that backdrop, multilateral organizations such as the Organization of American States (OAS) attempt to foster integrity in the public policies pursued in the region by working directly with public administrations in an effort to enhance their operational capacity. This Dialogue seeks to expand cooperation among the States that took part in the VIII Summit of the Americas and the institutions in the Joint Summit Working Group in respect of specific aspects geared to advancing implementation of the "Lima Commitment: Democratic Governance against Corruption."

The goal on this occasion is to share national experiences and reflection on what is happening in the region, focusing on efforts to combat corruption during states of emergency; examining such matters as the state bodies responsible for oversight and audits; integrity in public office; transparency and accountability; and the strengthening of legal procedures and frameworks to curtail the sway of private interests in public policy decision-making.

The Summits of the Americas Secretariat of the OAS Secretariat for Hemispheric Affairs fosters Policy Dialogues as a forum for analysis and exchanges among the stakeholders of the Summits of the Americas process, including the participating States, JSWG institutions, civil society representatives, and other social actors, as well as interested actors

Find out about the case studies, main challenges and conclusions that will be exposed in this #PolicyDialogue: